The World of 1898: The Spanish-American War
http://www.loc.gov/rr/hispanic/1898/
Created and maintained by the Hispanic Division of the Library of Congress.
Reviewed Nov. 115, 2010.

The Hispanic Division of the Library of Congress has organized a World Wide Web resource, The World of 1898: The Spanish-American War, which will be of great interest to students and scholars of the international conflict. It is impressively balanced, incorporating historical perspectives and source materials for the United States, Spain, Cuba, Puerto Rico, and the Philippines. The site has many valuable features: chronologies, biographies of leaders, descriptions of events and places, and bibliographies of bilingual sources held at the Library of Congress, including maps, fictional works, personal narratives, photographs, and manuscript collections. The site’s main overview essay (written by David Trask) and its introduction succinctly review the war’s major political and military events. Instead of establishing the broader implications of American intervention in Cuba, however, the essays are too engrossed in the military particulars. They do not adequately convey the factors influencing U.S. involvement and the debates emerging in the war’s divisive imperial aftermath. While the Web site contains links to collections of American photographs, motion picture recordings, and theater memorabilia, the introductory essays make no mention of the role of mass media and popular culture in shaping popular attitudes toward war and imperialism. Trask also does not acknowledge the historical controversies surrounding President William McKinley’s motivations for war and colonial acquisition; instead, he states matter-of-factly that McKinley was “strongly opposed to military intervention” and “forced” into Philippine annexation by “a strong current of public opinion.” In a medium designed to promote scholarly inquiry, these essays would have been more effective if they had presented the key questions of interest to historians without necessarily stipulating answers. 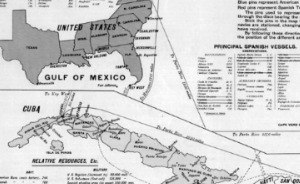 “Strategic Map of Our War with Spain”

Separate overview essays on Cuba (by José M. Hernandez), Puerto Rico (by Marisabel Brás), and Spain (by Jaime de Ojeda) that describe the history of Spanish colonialism and resistance and aptly demonstrate that the roots of this conflict long preceded U.S. involvement. In one of the site’s best pieces, Ojeda concludes that the war was a transformative moment in Spanish history, acting “as a definitive catalyst” for “national regeneration.” Ojeda’s invitation to think about the legacy of the conflict contrasts sharply with Hernandez, who ends his essay on Cuba with the arguable claim that U.S. entrance into Cuba destroyed all effects of Cuban resistance, turning Cuba into "a tabula rasa politically."

While the site has much to offer, there are strange omissions. The bibliography only includes secondary works on Puerto Rico and does not include recent titles. There are separate chronologies for all participants except the United States. The site lacks resources on Hawaii (which was annexed during the war) as well as Guam, both of which should be included to understand the international dimensions of the war. Those omissions aside, the site places a wealth of archival sources at the fingertips of researchers who, I hope, will shed new light on the political, cultural, and economic ramifications of a conflict that is still of great relevance today.