Digitized historic newspapers are among the richest primary sources available for Internet research. Up to now, however, searching newspaper archives has been expensive and limited, researchers must use commercial Web sites to access major newspaper archives (such as the New York Times, Washington Post, and Los Angeles Times) or have access to university libraries that subscribe to the ProQuest historical databases. Digitization of microfilm is becoming more affordable, and this spurred the Library of Congress and the National Endowment for the Humanities to establish the National Digital Newspaper Program (NDNP). This ambitious project aims to make historical U.S. newspapers more accessible to the public, broadening the variety of newspapers into which students and researchers can delve. 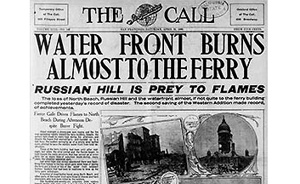 The Chronicling America database contains approximately 700,000 digitized newspaper pages from the years 19001910 from newspapers in six states (California, Florida, Kentucky, New York, Utah, and Virginia) and the District of Columbia. Its current coverage is specialized rather than comprehensive, but it nevertheless provides researchers greater diversity of historical newspaper sources (by geography, political ideology, and readership) than they had before. Rural weeklies and small-town papers are represented by Florida (thirteen newspapers) and Kentucky (seventeen); and papers from medium-sized regional cities by the Richmond Times and Richmond Dispatch and Salt Lake City Herald. For the major metropolises, the NDNP selected “orphaned” titles (historically significant newspapers that are defunct and thus less likely to be digitized by another organization), including the New York Tribune, New York World, New York Sun, San Francisco Call, Washington Herald, and Washington Colored American.

The site is relatively easy to use, even for novices. Researchers can search the entire database or they can specify dates, a state, or a particular newspaper to query. Tools enable zooming in on any portion of the page, and images can be saved as portable document format (pdf) files or text files. A companion newspaper directory at the site provides documentation of every known newspaper published in the nation from 1690 to the present.

Searches in the database reveal fascinating glimpses into everyday life in the first decade of the twentieth century. References to the 1908 song “Take Me Out to the Ball Game,” for instance, include a feature article on a husband and wife vaudeville team in San Francisco who built their routine around the hit tune; department store sheet music sales promotions in New York, Washington, and San Francisco; and the songs performance in subsequent years by sorority sisters at a university fund raiser in alt Lake City and at school commencement exercises in rural Richmond, Kentucky.

Over the next twenty years, the NDNP plans to expand, building a massive searchable database (free to the public) that will include historically significant newspapers published between 1836 and 1922 from every U.S. state and territory. That site will certainly be a boon to researchers and students in American cultural, social, and political history; journalism; mass media and popular culture; genealogy; and state and local history.